These are some of the words of praise that we got for SHD India 2017.

Mentors, hackers, students and parents everyone had a word of appreciation for us. These words  gave us much needed energy to keep going and made us realize that together as a team we can do so much more and so many wonderful things.

Here is what a father of  a 5 year old  and  a Free and Open Source system software hacker has to say about SHD India…
“The most memorable event I have been to and more importantly, it is an event that I would like to take my daughter to every year to show her the wonders of science from an early age, … … … and expand her horizons beyond the learning she will get from school”.

This came as  the biggest motivation and made us to dream of seeing this tiny sapling of SHD India grow into a splendid banyan tree.

After the spectacular success of the first edition of SHD India, we were determined to make it big in every way. We set goals, assembled a team, invited science lovers and hackers from all over India,  plotted and planed workshops, exhibits, art and architectural installations, science demos, making aero-models, rockets and  various other hacking activities.

We did all of this and we succeeded in making an exciting event happen. We succeeded because we had the support of almost 300 participants which includes high-school kids, science enthusiasts, hackers, mentors and our passionate volunteers.  We succeeded because of our sponsors who had faith in us and we found partners who saw their success in ours. Finally, we succeeded because the PSF (Python Software Foundation) and ICFOSS (International Center for Free and Open Source Software) supported us in a big way.

SHD India 2017 gathered more than 80 hacker participants and more than 200 High-school, Pre-University and Undergraduate students around the mission of getting excited and making things with science. This amazing gathering had young scientists, engineers, computer programmers, teachers, nature lovers, hackers, makers, and grass-root innovators.

One of the important component of the SHD India is the lush green uncorrupted  ambience of Sankalpbhoomi, our organizing partner. This amazing venue resembles an enchanting oasis, with a thick set of trees, sprawling lawns, and a large lagoon surrounded by picturesque expansive rock walls as backdrop,  provided most memorable experiences to all the participants. 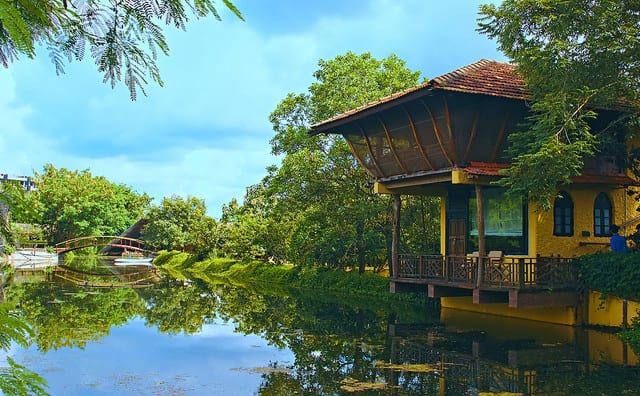 We had set up separate spaces for workshops, exhibits, hacker-space and other activities like science demos and Architectural installations.

Highlights of the activities 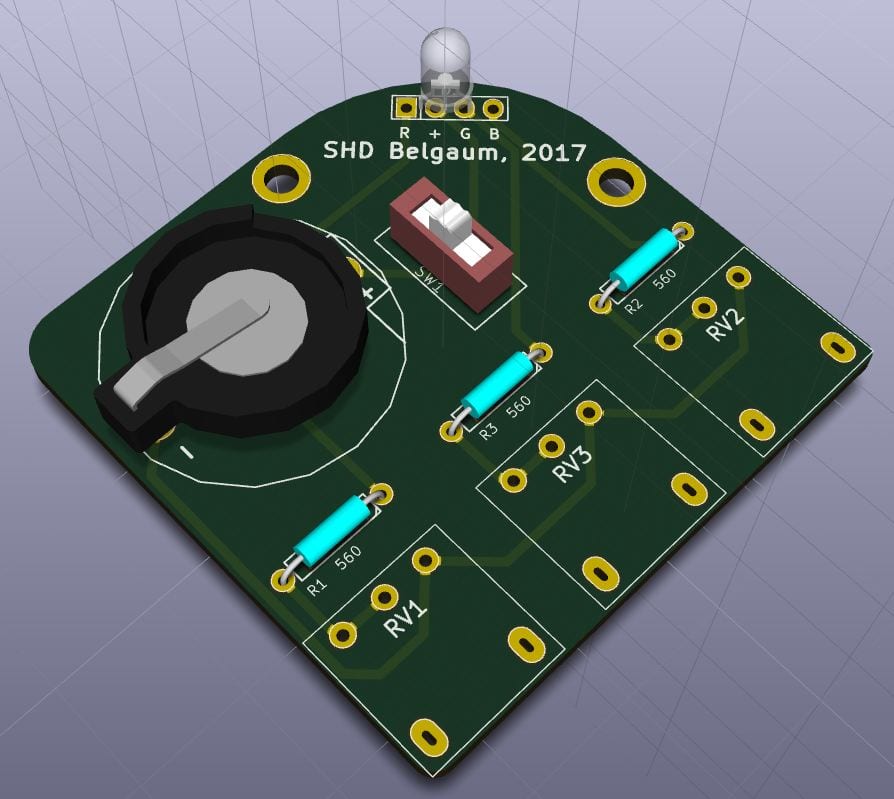 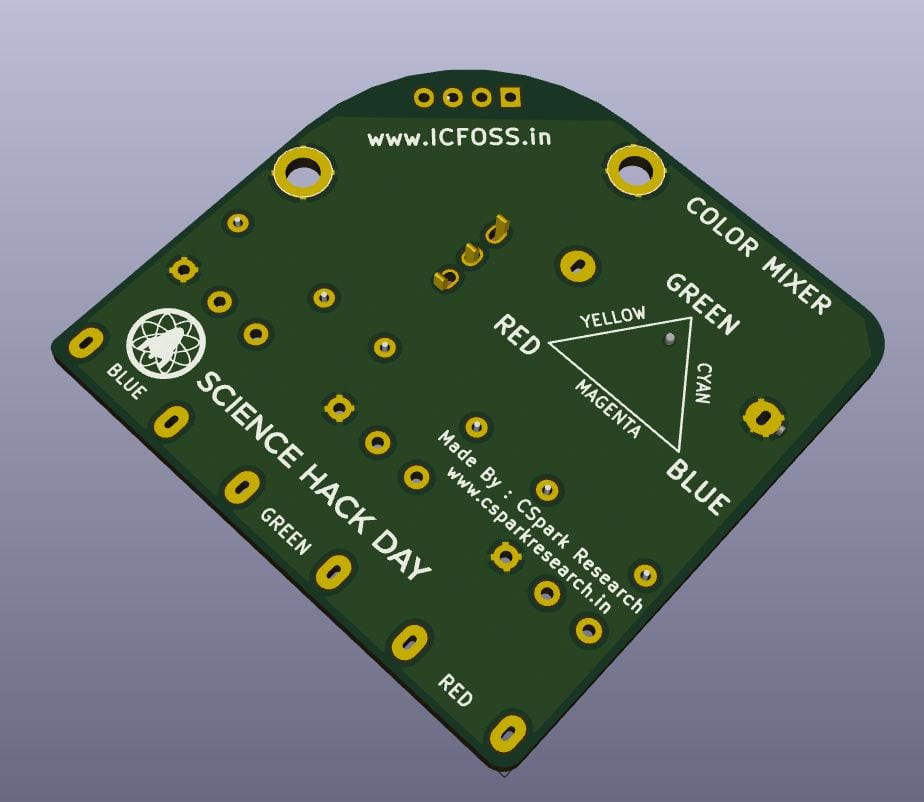 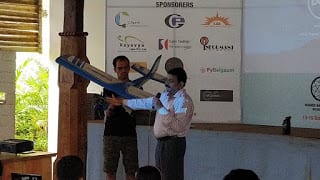 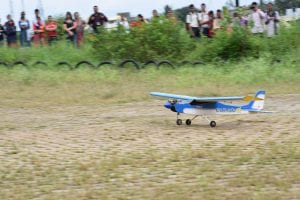 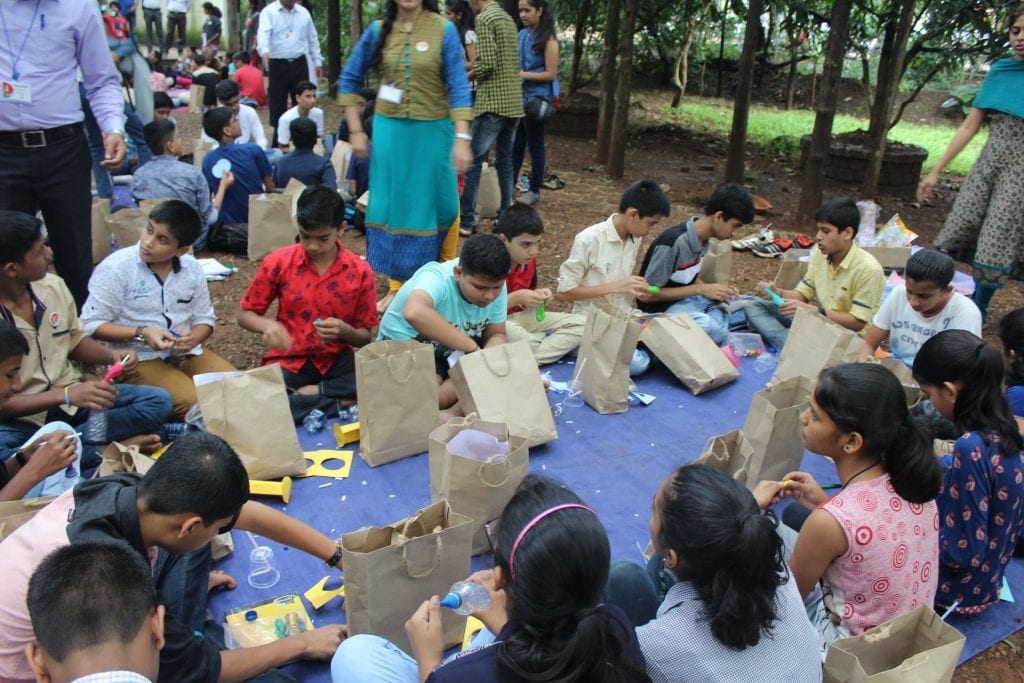 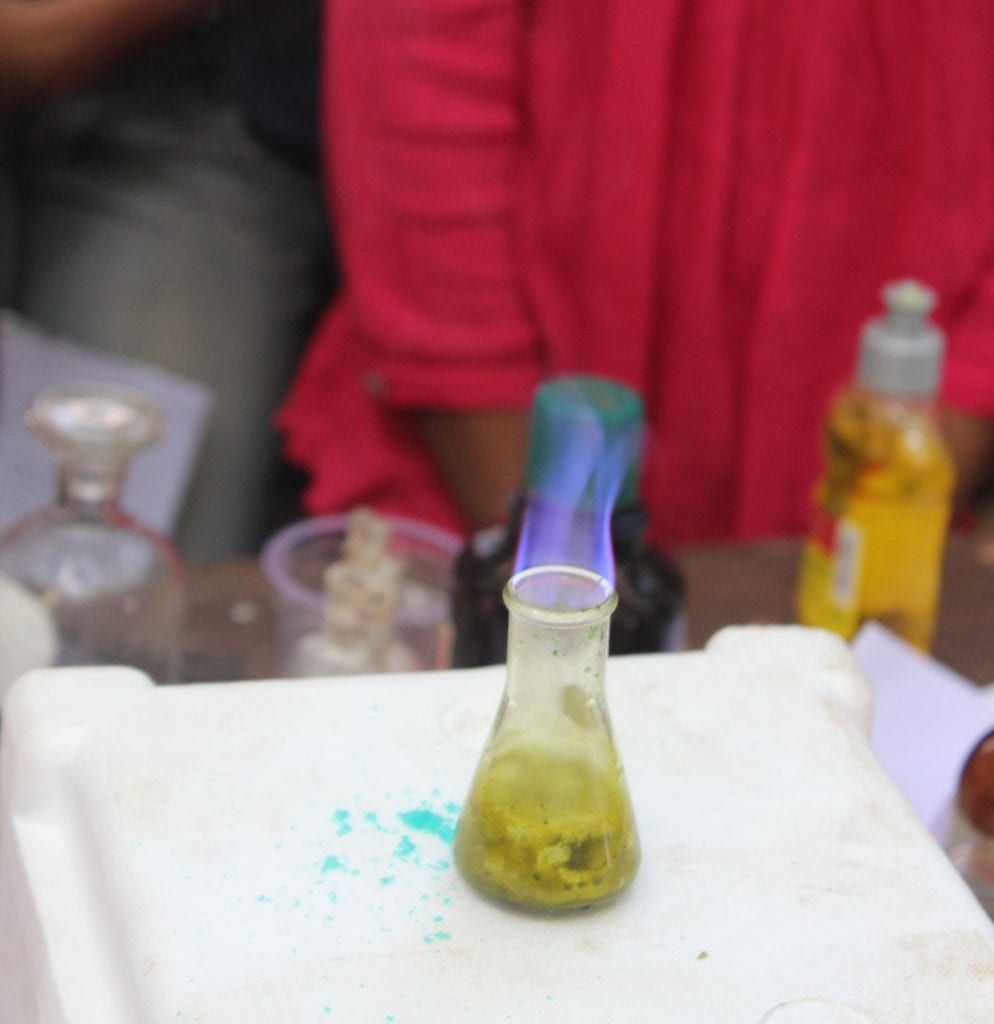 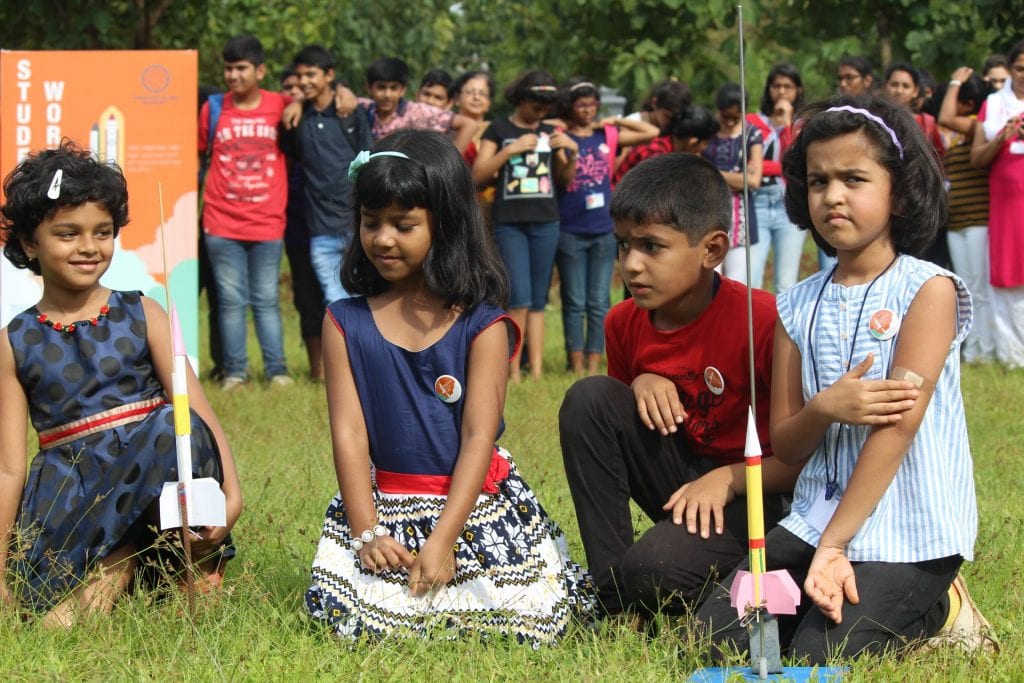 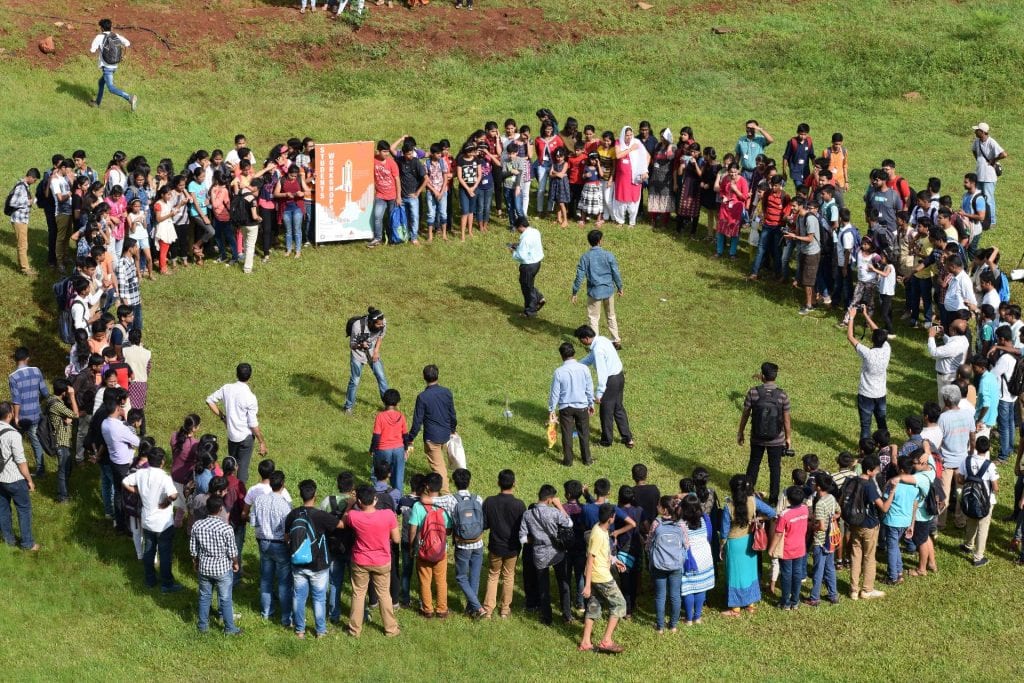 Few students and mentors volunteered to capture the moments in their camera.

Following are the winning hacking teams selected by a team of judges.  The winning teams were awarded special SHD India medals and a gift from Pankh Handicrafts. 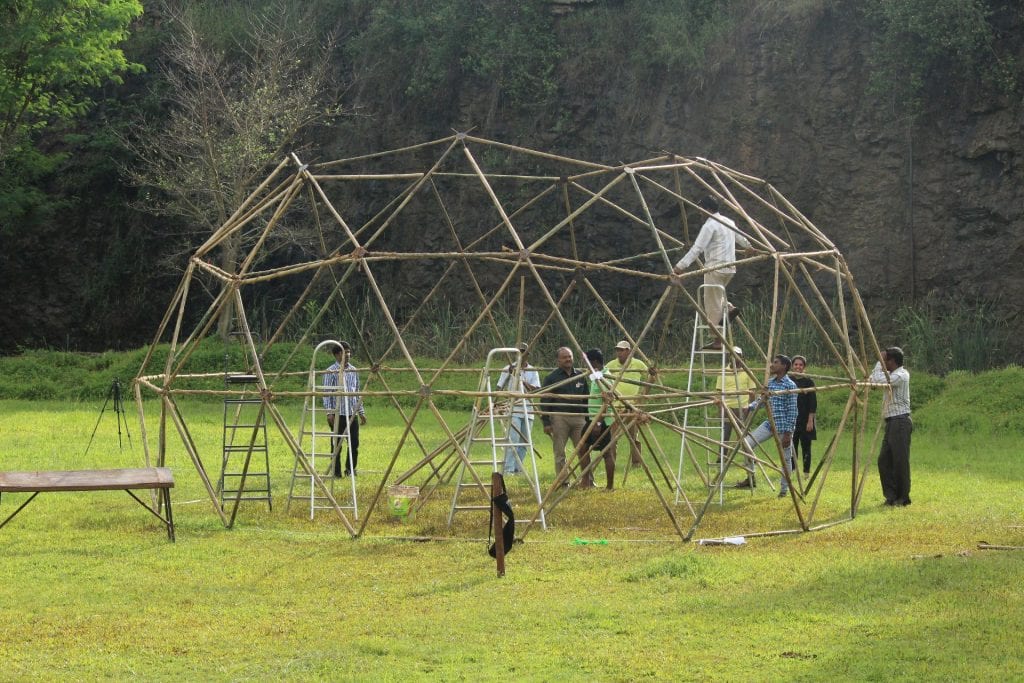 We are happy to share a summary of our expenses.

Python is the language we love and we believe that it has the potential to change the way we learn and teach science. Therefore we tried to add the component of python in SHD India through python powered lab tools like ExpEYES and SEELablet and other code to learn activities. We are trying to have this as a regular activity at Makerspace Belgaum .  Our efforts were supported by the PSF (Python Software Foundation) in a big way through sponsorship of $1600 (₹ 1,00,575 after bank fees)

This helped us to pay partially for hackers accommodation, venue, AV rental  and to buy lab tools. These will be used at Makerspace Belgaum.

Another big support came from ICFOSS (International Centre for Free and Open Source Software) with the sponsorship of ₹ 50,000. This was used for making RBG LED badges for soldering workshop and to buy soldering tools. ICFOSS also helped us by sending Akshai M as a mentor and some useful swag for hackers.

We would like to thank our sponsors for the event without whom this conference would not have happened: PSF, ICFOSS, Reserved-bit, Vayavya Labs, Informant Networks, Polyhydron, Spica Hydraulicks, Entrepreneur’s Forum, and many other individuals who contributed in terms of time and money. Thank you for being a part of this mission to inspire our generation and create sparks for future ideas and grassroot innovations.

We accumulated a total of ₹2,77,575 in sponsorships and that was the major source of revenue for the SHD. From student registrations and volunteer contribution we collected ₹1,11,700 and from online resident hacker tickets we collected ₹57,465. Major portion of the income came from individual science enthusiasts.

The largest head for expenses was understandably the accommodation, venue, food and internet at ₹2,58,663. This took care of the accommodation in 12 cottages,conference venue, food and internet for the three days. We spent ₹53,498. on marketing, which included t-shirts, banners, certificates, badges, goodies, etc. For the equipment, science and soldering workshop kits and geodesic dome installation we spent  ₹1,03,437 and ₹20,695 on travel support for mentors. The cost for travel was lower thanks to mentors and hackers pitching in from their own pockets. The balance amount of ₹10,447 will be used for buying storage racks for Makerspace Belgaum.

It was a satisfying experience for all of us involved in SHD India. Everyone from the organizing team, all the volunteers and mentors put their hearts into it. Everything went smoothly, it was collaboration at its best!

Going forward we felt we should have more hacks, better preparations for involving students into  hacking activities. There is a lot of unexplored territory – artists, designers, astronomers, nature lovers, food hacks, crazy electronics and more. We wish to do more, do better…one step at a time, following the mission of Science Hack Day – “Making science disruptively accessible – empowering people from a variety of different backgrounds to explore, participate in, and build new ways of interacting with and contributing to science“.

SHD India has made us richer, not by money, but by bringing us close to passionate people from different walks of life, by givings us friends for life.

Credits: Thanks to Shakthi Kannan and Nisha Poyrekar for many of the sentences used in this post.